Catalyst Restaurant - come on out, it's time! Reserve now! Read on...

Or email through the button below 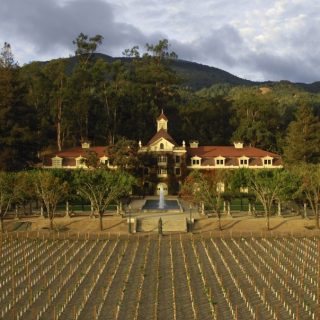 All restrictions on gathering will be over by then.

To celebrate that (Fathers Day on the 20th, too), we got together two icons of food and wine for a dinner event worthy of the occasions Chef-owner William Kovel of Catalyst in Cambridge and Mark Vanston will come from Napa Valley's iconic Inglenook Winery for the occasion.

Chef Kovel has worked or been in charge at destination restaurants in San Francisco, London, most recently at Radius and as the chef at the late, lamented Aujourdui. In ten years at Catalyst, he has gained a reputation for fine French-influenced cuisine of simplicity and purity. Our customers have been delighted at the several events we have held there.

In 1882 Gustave Niebaum, a Finnish sea captain who had amassed a fortune in the fur trade fermented his first crop of Napa Valley cabernet grapes there. Until Prohibition and after it, through the late ’60s, it was the benchmark of Napa Valley Cabernet.

Film director Francis Ford Coppola purchased part of the estate in 1975. A decade later, he made his first Niebaum-Coppola Rubicon from clones of the cabernet that Niebaum had brought from France a century earlier.

The Rubicons of the early 90s were rather rough-hewn. There has been steady refinement since. Current Inglenooks and the flagship Rubicon have regained the polish and sophistication of the classics of the last century. With the input of Bordeaux consultant Stephan Derenencourt and under the direction of Philippe Bascaules of Ch. Margaux, they temper power with purity and grace, rivaling some of the best wines of Bordeaux.

The Menu – The Wines

$125 per person, includes tax and gratuity

Free validated parking at the nearby 800 Technology Sq garage

Or email through the button below