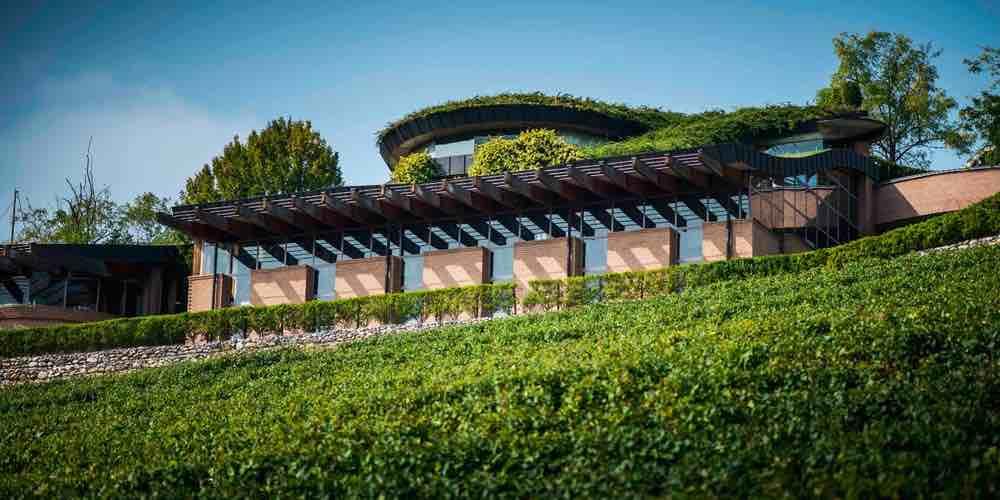 Back in 1965 Renato Ratti recognized that Barolo and the other wines of the Langhe needed a reformation of form and recognition. He said that the wines needed distinction, smoothness, elegance, and longevity. The underlying philosophy should be substance and style. His life and career were remarkable.

He became the prime mover of the cultural and technical revolution that revealed Barolo to the international limelight. Also back in 1965, he bottled the first single vineyard Barolo Marcenasco from La Morra with the new emphasis on ultimate cleanliness and drinkability. The 2016 Renato Ratti Barolo Marcenasco is the best version ever of this platonic ideal of Barolo.

In 1988 Renato’s son Pietro took over the operation. The philosophy is the same and the wines soar. Among many other things, Renato built the Wines of Alba Museum in the ancient 16th century abbey in La Morra. He was the first to systematically map and categorize the best vineyards of Barolo. He was also the director of the Barolo Consorzio. Later, so was Pietro.

You will immediately recognize the pedigree of these stylish and distinctive wines from the Ratti estate. With all the hype about certain producers, Renato Ratti gets a bit overlooked. They are not one of the coolest producers, just the standard bearer for the best.

2016 Renato Ratti Barolo Marcenasco Magnum: Boy will you be happy you own one of these ten years from now. Excellent Plus  126/magnum